Monarchies of Europe in the 20th Century

The institution of monarchy faced a lot of changes in the 20th century. The turn of the century made monarchy popular in all Europe, but the First World War brought with it an unexpected conflict that dissolved the Ottoman, German, Austrian and Russian empires. Even if some major powers like Britain have retained the institution of monarchy, the power of the monarch was reduced to ceremonial duties. It took another war to dissolve the rest of the monarchies; the Second World War made sure that Europe had given up on the dignity of the individual and made way to democracy and other forms of government. A lot of historians seem to agree that scientific advances in physics, biology, industry and other important fields have led to a transition from a traditional form of government to a more modern one that fit the new century.

A POPULAR FORM OF GOVERNMENT 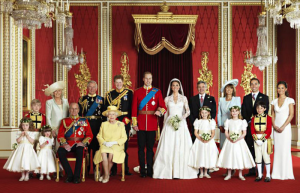 Even if democratic politics gained popularity, the monarchy was a traditional form of government that was present in most European countries at the beginning of the century and it seemed that things wouldn’t change too soon. The office of the monarch was still based on religious values that contradicted the non-Christian ideas that seeped from different scientific advances and discoveries. There were a lot of public displays of royal ritual at the start of the 20th century. All of these ceremonies seemed to land the monarch among his subjects. The images of royalty were everywhere, including in architecture where the crown was displayed on different facades and whatnot.

THE MONARCHIES OF EUROPE AT THE BEGINNING OF THE 20TH CENTURY

Monarchy was by far the most popular form of government in Europe at the beginning of the 20th century. This is why the list of countries that were ruled by monarchs was impressive, to say the least. Before the First World War, the following countries were ruled by monarchs: United Kingdom – The British Empire is among the fewest countries that retained the monarchy as a form of government after all these centuries. Germany – The German Empire was dissolved during the First World War. Belgium – The Belgian constitutional monarchy was in full bloom at the beginning of the 20th century. Netherlands – The constitutional monarchy has always been popular in the Netherlands. Austria – The Austro-Hungarian Empire was also under the rule of the constitutional monarchy. The monarchy was dismantled after World War I, by the victors. Greece – The Kingdom of Greece has lasted until 1924 when it was abolished. The new form of government that was installed was the republic. Bulgaria – Monarchy was a traditional form of government in Bulgaria. It was abolished in 1946. Montenegro – Although Montenegro was legally a constitutional monarchy, its practices leaned more towards an absolutist monarchy. The First World War forced Montenegro to abolish monarchy. Sweden – This is a country that has been a monarchy for centuries and no war managed to abolish monarchy in Sweden. Nowadays, the monarch only has ceremonial duties. Norway – Norway is probably one of the oldest monarchies in the world, still lasting till this 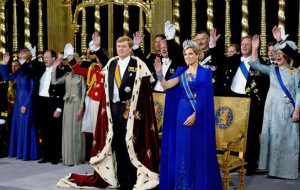 The Dutch King Willem being saluted by Queen Maxima and the other guests during the coronation.

very day. The country gained its independence in 1905. Spain – The 20th century marked a period of great change for Spain. The king abdicated and the country turned into a republic. Luxembourg – The country has always tried to keep the constitutional monarchy alive. Nowadays, Luxembourg is one of the richest monarchies in the world. Monaco – The European monarchic family included Monaco since 1911. Lichtenstein – Lichtenstein has gained its freedom when the Austro-Hungarian Empire dissolved. The country is still under the rule of a constitutional monarchy. The Russian Empire – The 20th century brought many changes to the Russian Empire. The old Tsarist reign was overthrown by the February Revolution. The Ottoman Empire – The dissolution of the Ottoman Empire took place in 1922 when the sultanate was abolished. Turkey became a republic in 1923. Italy – The Kingdom of Italy has been considered a nation-state since 1861. Italy has kept this form of government even if the country suffered a great deal of changes during the World Wars. Portugal – The Kingdom of Portugal was abolished in 1910. The monarchy collapsed in 1910 making way to the republic. Denmark – Although Denmark received a lot of blows from the World Wars, it managed to remain a constitutional monarchy to this very day. Romania – Romania was a liberal constitutional monarchy until 1938 when it became a dictatorship. The 1989 Revolution made sure that dictatorship was abolished and that democracy was restored.

Wars and revolutions were the leading causes that abolished monarchies in most European countries. The 20thcentury worked as an accelerator, making way for other forms of government. Nowadays, it’s unlikely to see a country trying to restore a monarchy, but there are a few exceptions, Spain being one of them. The disappearance of most monarchies came with a price; a lot of casualties and deaths have been registered. When the cult of the monarch faded into the past, a lot of social changes took place. 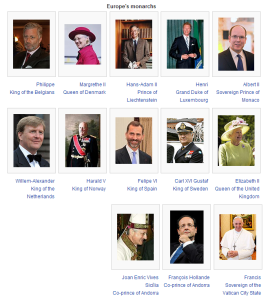 Current Monarchs in Europe as they are presented on Wikipedia.org

Even if discrimination based on gender and race still existed, a lot of people tried to change mentalities to rally the world into the new century. A lot of historians think that it was only a matter of time until monarchies were to be abolished. The technological, medical and biological advances were enough to instigate a change in the political climate of many monarchies. The mentalities were starting to change, but the World Wars seemed to accelerate all of these perceptions. The old cultural order was finally over. A lot of new states were born and most existing states gained their independence. The world economy was integrating other states into the picture that were left out or ignored in the past. The old European societies that were shaped by monarchies were altered to a point where cultural trends could pave the way for different habits regarding the daily lives of many Europeans. The abolished monarchies had an impact over religion, too. Christian churches lost their special place in the European countries, but they haven’t faded into the picture; they changed with the times. Women gained legal equality, class deference disappeared and divorce rates have never seemed higher. Individual choice regarding marriage and sexual orientation ceased to be considered a taboo. A lot of Europeans didn’t want to adapt to these changes while some of them were either uneasy or incapable of understanding the new world. The so called bourgeois society dissolved and the political scene faded into the background while the late 20th century was more involved in student and feminist movements and sexual liberation.