Many people think that the segregation between African people and the white American populous is a thing long gone, that has happened at some far-away point in history, but what a lot of people don’t realize, or like to think about, is that many of our parents were alive in a period when the African-American people had no right to vote, had to use different amenities than white people, and needed to have their own churches, clubs, and neighborhoods. And all this is because the African-American Civil rights movement ended only about 50 years ago. 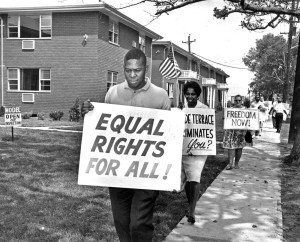 The term 1960s Civil Rights Movement actually encompasses a whole series of events that happened all over the United States, especially in the South, where segregation was at its worst, coming off of it being the last place to abolish slavery.  The leadership was almost all African-American, such as labor union leaders such as Walter Reuther, religious leaders, such as one of the most well-known figures of the movement, Martin Luther King, but also some very important white politicians, such as Hubert Humphrey and Lyndon B. Johnson, all working together, in a very unusual campaign, very well thought out, so that it could not backfire.

The movement was, as we just mentioned, thought out so it could avoid any backlash from violent authorities, it comprised of campaigns of civil resistance, nonviolent protests, and civil disobedience, which all produced a crisis that were followed by dialogues between the activists and the authorities, which in the end, had to admit to the realness of the inequities that were happening to the African-American population. One of the most important results in all of this was a legislation entitled the Civil Rights Act of 1964, an act that banned and made illegal discriminating people by “race, color, religion or national origin” which was followed the next year by bills that restored the voting right for black people, then two more bills that allowed easier immigration and the Fair Housing Act of 1968, all culminating with black people being allowed to enter into politics.

One of the main events that triggered everything was the brave action of Rosa Parks, who refused to surrender her 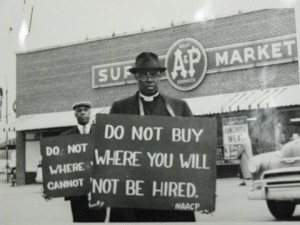 seat to a white person on the 1st of December, 1955. It targeted the public transport service in Alabama and Montgomery as a social and political movement against segregation. The purpose of it all was to abolish segregated rights in public transports, and it came to an end on the 20th of December 1956 when the huge pressure across the country finally lead to the laws regarding segregated buses being declared unconstitutional. Before this effort, white people were supposed to occupy the front seats while African-American citizens would sit in the back rows of the bus, and only if they were free. If the bus was full, which meant that the African-American people and the white people met in the middle, the situation became even more unfair. If an African-American boarded the bus, he would be obliged to stand. But if a white individual boarded the bus, the entire row occupied by African-American placed closest to the middle would have to be cleared, in order to free a new row for white citizens. If you refused to stand up and give up your seat, you faced the risk of getting arrested. Rosa Parks decided to stand up for her rights, and as a result she was arrested. The movement became known as the Montgomery bus boycott, and it took great proportions as many important names of the African-American Movement for Civil Rights took part in this particular protest. And was followed by marches such as the Selma to Montgomery marches. Between those who stood up against public transport segregation, the most famous were Martin Luther King and Ralph Abernathy. It ended up being a big success as the United States Supreme Court Decision from the 20th of December 1956 was in favor of equal rights, abolishing the bus segregation.

Enjoyed reading this article? Why not read also about The American Revolution or The Industrial Revolution ?