The Chinese Civil War started in April of 1927. The civil war was between the Chinese Communists and Chinese Nationalists. Historians like to call this war the war of ideologies. And they aren`t far from the truth. The division was between the people loyal to the Chinese government (these were the Kuomintang also known as the KMT) and the people that represented the Communist Party of China (CPC).  This was a very long war that lasted until 1950. The results? The People`s Republic of China got mainland China while the establishment of the Republic of China got Taiwan, Matsu, Penghu, Quemoy and other islands. Both ideologies claimed to be the legitimate governing power of China. 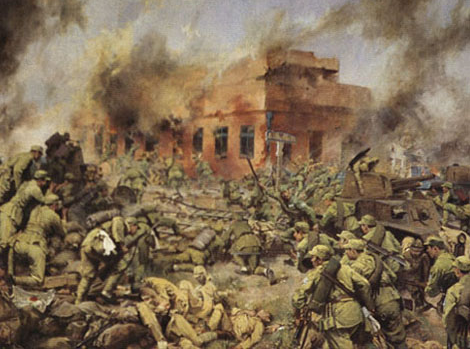 The two leaders of these ideologies have different styles. Mao took time to gain support in the areas he controlled while Chiang Kai-shek hated democracy. Chiang put his faith in the military. He was the typical dictator, called “Generalissimo” who used his secret police to maintain law and order. His secret police was called the Blueshirts. He tried to gain his authority over people by force.

What did Mao do? Mao was great when it came to strategies. He mobilized the peasants, he made the military forces turn from a strategic defense to a strategic offense and he focused only on the objectives that would bring him unlimited political power. He managed to gain hold of mainland China in late 1949, calling the country the People`s Republic of China. The biggest country in the entire world turned communist that year. A lot of tragedies have happened. People were killed during the war and millions more died of starvation, disease, dire conditions and inflation.

When it comes to history, the Chinese Civil War holds a great importance. The aftermath of this war can still be felt nowadays. Foreign politics and diplomacy still can`t decide which form of government really represents China. Take sports, for example. If a Taiwanese sportsman wants to compete for his country he will be given the name of “Chinese Taipei”. This is a very delicate situation and the tension between the “two Chinas” is still present and it is still strong. A lot of people are paying attention to this tension, wondering if it goes away or if it breaks even worse than before. What is known for sure is the fact that Taiwan`s political status is still uncertain and the People`s Republic of China claims that Taiwan is still a territory pertaining to the republic.