One of United States’ biggest concerns is the war against terrorism.  The terrorist attacks that took place on the 11st of September 2001 and that targeted United States have prompted the land of the brave to take action. An international military campaign was organized and its main purpose was to stop al-Qaeda and other terrorist organizations from causing more harm. 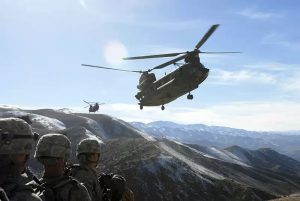 Critics and historians believe that the wars against terrorism have turned into an ideology based on repression that only leads to violence and prejudice.

The last decade has encapsulated many conflicts and wars that involved the United States. On April 1, 2001, a collision between an U.S. aircraft and a Chinese fighter jet took place. This mid-air collision created an international dispute.

One of the most important wars that involved the United States had to be the War in Afghanistan that started on October 7 when the U.S. Armed Forces began combat action in Afghanistan. This war was the United States’ response to the 9/11 tragedy. Unfortunately, this war hasn’t ended yet. In 2001, 3,500 civilians were killed in this war. 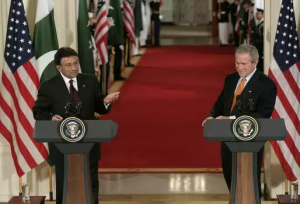 The War in Iraq started in 2003 and it ended in 2011. Iraq was invaded on March 20, 2003. Australia, the United Kingdom and Poland joined the U.S. to ensure peace in the Gulf region. The execution of Saddam Hussein and the defeat of the Ba’ath Party government were America’s biggest achievements during the War in Iraq. This war brought democratic elections in Iraq.

A lot of covert and open military operations took place in 2004 and they were linked to the War on Terrorism. These military related activities happened in Kenya, Yemen, Georgia, Djibouti, Eritrea and Ethiopia.

The year 2011 debuted with bombings of the Libyan forces. The U.S. military forces found and killed Osama Bin Laden in Pakistan. The military intervention in Lybia managed to overthrow the Gaddafi government.

The U.S. sent some troops in Jordan in 2012 to help the country keep the Syrian Civil War within the Syrian borders.

The present times don’t seem peaceful either. In 2014 plenty of U.S. troops were sent to Iraq to protect different American assets.  Apart from that, an American aircraft bombed an Islamic State base located in Uqayrishah, Syria. There were several American airstrikes against the Sunni militants. Even if president Obama thought that the “war on terror” was finally over, the assault of ISIS in Iraq has made him change his mind. An American aircraft was moved to the Persian Gulf to assure security against the ISIS forces.

Critics fear that violence will only lead to more violence and they also believe that the wars and conflicts in which the U.S. was involved, affected other countries, too.

Enjoyed this article? Consider reading also about The Six Day War and 2013’s Bloodiest Shootings in the US.

TAGS » article about us terrorism, conflict, history conflicts, irak us soldiers, terrorism, united states, US, us mission in afghanistan, war against terror
POSTED IN » Opinions